How to Change Your WiFi Hotspot Name in any Android or iOs Device?

Just started using your mobile network data and want to share your internet data with your friend? Then Hotspot is the way to go. However, the best thing about this smart phone feature is that you can rename hotspot. This guide will show you how to change your hotspot name step by step.

‘WiFi Hotspot’ is the set of words we are most familiar nowadays. It is the concept of sharing data of a device with other devices.

Now the word ‘data’ means the amount of shareable content expressed in the units of memory i.e. MB, GB etc. The concept is that if any device has any extra or excess data which the user of the device wishes to share with other users, he/she can use WiFi Hotspot.

The facility comes with every Android and iOs devices and has evolved to cope up to the need of sharing with ease of access.

The credit of inventing WiFi goes to NCR Corporation and AT&T Corporation. They first invented the wireless cashier system. Vic Hayes is usually regarded as the father of WiFi. Since then the sharing of information went on.

The device which is used as the server of the WiFi hotspot can provide the facility up to a certain area around it. This signifies the word ‘hotspot’.

How to Change Your Hotspot Name (Step by Step Guide)

The following process describes how to change your personal hotspot name in Android and iOs device:

Step 1: Go to the settings icon on the screen and tap to open it. The settings can be found as an option in the dropdown menu or in the system menu.

Step 2: Go to the ‘Wireless and networks’ section and find the ‘Tethering & portable hotspot’ option.

Step 4: To change the name of the WiFi hotspot which will be visible in other devices click on the ‘set up WLAN hotspot’ option.

Step 5: In the given empty space below ‘Network name’ enter the SSID or the name of the network.

Step 7: Now to check offer someone hotspot and check what name of your device is showing in the client device.

These are the steps one must follow to change the name of the WiFi hotspot.

However, this is not the only way to change the name of the hotspot. There is also an easier way to do it.

Step 1: With dragging down on the wallpaper the dropdown menu appears. Find the WiFi hotspot in it.

Step 2: Press the hotspot button for a long time and the ‘Tethering & portable hotspot’ part of the settings appears.

Step 4: Enter the new SSID in the space below ‘Network name’.

Step 5: Click on the save button and the name of the WLAN hotspot will be changed successfully.

The significance in changing the name of the WiFi hotspot lies in the need to identify a particular server device uniquely.

Some people use fancy name for their network, others use to represent the name of their company. Few use to designate the type of their network i.e. some for private people or for the public. In general it is used to let the client know the name and type of the network. 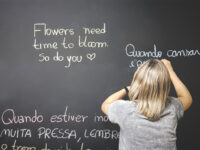 How to Screenshot on HP Laptop and Tablet?

Table of Contents How to Take a Screenshot on HP Laptop?#Method 1 – Windows + Prt SC Key…

Create Invoice in Excel with These Seven Easy Steps