How to Logout of Netflix on Wii Using Netflix App & Website?

Well, if you are used to Netflix using Nintendo Wii video game console device and looking for ways on how to logout of Netflix on Wii then this piece of information is for you.

Netflix is a worldwide popular streaming service which can be used using its mobile app or website on different devices.

The most confusing thing about the Netflix is that it works differently from device to device.

As far as Wii is concerned, Netflix app is known as Netflix channel with all common functionalities as Netflix apps on other devices, except sign out option.

This is what makes it little tricky for non-techie users when it comes to signing off Netflix on Wii.

But there is a way to it! Deactivation of your account from within the Netflix channel would help you to sign out of Netflix on Wii.

Then only drawback of this method is that it makes you log off from all your Netflix accounts you have on different devices.

In this article, we will show you both methods to log off Netflix on Wii step by step.

Read Also: How to Logout of Skype On Mac in Just Few Clicks?

How to Sign Out of Netflix on Wii Using Netflix Channel?

Almost all Netflix apps has basic menu with log out option. However, Wii has simpler navigation structure without any basic menu and thus it is more difficult for newbies to log out of Netflix on Wii.

Although, you can do this simply by deactivating your Wii account from within Netflix Channel. But, there is a process to follow as deactivation option placed in some secret screen.

Here is how to delete (deactivate) Netflix on Wii:

1) Turn on your Wii device

3) Open it by selecting your primary profile

4) Once screen is fully loaded, point your Wiimote at your TV, and enter the following sequence using D-pad:

5) Select Deactivate option and choose YES and then OK.

Alternative Method: To delete your Netflix account on Wii, simply tap on the Wii icon and go to Data Management > Saved Data > Select Netflix > Choose Erase. A pop up will come up to ask whether you want to remove your data, click on “Yes”.

Following this method is very important if you have sold your Wii device or stolen. It stops new users from using your Netflix account.

Here’s how to logout of Netflix on Wii and other devices all together at one time using Netflix website:

After finishing this method, you will be signed off on all devices (phones, streaming devices, tablets, and video game consoles). To reuse your Netflix account, you need to individually sign in with your active Netflix account credentials on each device.

Hope you found this guide on “how to logout of Netflix on Wii” helpful. If yes, then don’t forget to share it with other Wii users on social media.

How to Add Subtitles (Captions) in iMovie?

How to Change Your WiFi Hotspot Name in any Android or iOs Device?

Just started using your mobile network data and want to share your internet data with your friend? Then… 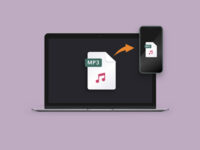 How to Play Mp3 on iPhone?

Experienced Apple users have an idea that all the Apple products are connected with each other. But even…

How to “Turn on Dark Mode Facebook Messenger” on iPhone?

Are you using Facebook messenger? If yes, then you may notice several new features including “Dark Mode”. Yes,…