Tablet Vs 2 in 1 Laptop: Know Which is Better for You

In today’s fast-moving world, everyone is always on the go, be it for work or daily life things. No one wants to be slowed by the weight of the gadgets they carry on them. And so, sleekness and lightweight are two essential qualities that make or break a gadget’s success among the masses.

It is one of the reasons we have come a long way from the old and heavy desktop computers.

Today, even the laptops that once ruled the market for being easy to carry, feel out of place because of their bulky structure and weight. And thus, more and more people are shifting towards tablets and hybrid 2 in 1 laptop for both professional and personal needs.

But this has also given rise to the debate of tablet vs 2 in 1 laptop. While some prefer tablets, 2 in 1 laptop have their own set of fans.

If you’re someone caught between the laptop vs 2 in 1 laptop as a next buy and can’t seem to choose one, let us guide you.

Keep on reading this article to know about the potential and limitations of both. You can move beyond the debate of tablet vs 2 in 1 laptop and also manage to find the right one for your needs.

Before we start discussing both the devices’ pros and cons, let us brush up our memory by going over a brief description of the tablet and 2 in 1 laptop.

A slate-style tablet or popularly called ‘tab’ is a portable PC but way more mobile. The tablet comes with a wide touch screen that occupies the full length of the device.

It is more significant than a smartphone and mainly used for several computer-related tasks instead of just calling. However, you can still use it for calling purposes.

On the other hand, a 2 in 1 laptop is a device created by bringing the best of both the worlds of tablets and traditional laptops.

It comes with a touchscreen along with a rotating or detachable keyboard and is mainly used as an alternative for the laptops. Here are some best 2 in 1 laptops under 600 dollars you can check on Amazon.

Now that we have a brief idea about both the devices let us look into the differences between them and clarify the confusion regarding tablet and 2 in 1 laptop.

As 2 in 1 laptops are hybrids of the traditional laptops, they bring their predecessors’ computing power. They are much more suitable if you are someone whose work requires lots of computing power.

On the other hand, tablets are more like the upgrade of our smartphones with some of a PC’s features. So they are more likely to be suitable for lighter tasks that aren’t so much dependent on high processing power.

This is because the 2 in 1 laptop generally comes with i5 or above processors suitable for both business and daily works, whereas slate laptops have mobile application processors for light computing work.

One key factor in tablet and 2 in 1 laptop is the operating system.

Both devices run on different operating systems. While the 2 in 1 laptop comes with Windows operating system (excluding a few), the slate tablets predominantly use the Android Operating System.

Yes, it is possible to use the cloud-based Microsoft operating system on the Android tablets, but you won’t get the exact experience as of the real one.

The 2 in 1 laptop come with its keyboard (either rotatory or detachable) whereas slate tablets do not have any other accessories of their own except the stylus in some cases.

You can connect the tablet with a third-party keyboard and mouse using the Bluetooth technology, but it would shell you more. Also, third party options always run the risk of being faulty or below the satisfactory mark.

The 2 in 1 has an advantage here as you get to have a keyboard and the option to turn it into a slate tablet by removing the keyboard (in cases of detachable 2 in 1 laptop).

It is the time of sleekness and lightweight, and that’s where the tablet has the upper hand on the 2 in 1 laptop.

As the 2 in 1 laptop comes with its keyboard, extra weight is added to its total weight, though still lighter than the traditional laptops.

However, discarding the keyboard cuts the weight of the tablets in half compared to the 2 in 1 laptop.

Though both the devices can manage to run for about 8 to 12 hours depending on the use, the tablet has a slight edge over the 2 in 1 laptop.

This is because the 2 in 1 laptop’s high computing power requires more battery, whereas the android tablet is more inclined towards improved battery life.

One of the areas where the 2 in 1 shines is versatility. It can take care of both your business and personal tasks without breaking a sweat. This is why more and more professionals are ditching traditional laptops for 2 in 1 hybrid.

On the other hand, though you can still do some lightweight professional work on the tablet, it is mainly suitable for daily work like calling, watching videos, conference calls, doodling, typing work, etc.

The tablet comes with fewer ports than the 2 in 1 and has less external or moving parts.

On the other hand, though the 2 in 1 has more port support, it is more prone to wear and tear due to its increased number of external or moving parts.

The 2 in 1 will cost you more than a tablet because of the extra features it brings with it. So if you’re someone who already owns a laptop, going for the tablet will be a cheaper and better option.

Though the debate around tablet vs 2 in 1 laptop doesn’t seem to end any time soon, we hope you have a clearer idea of which way to go now.

Remember, despite all their differences, both are powerful devices having great power and mobility. It just depends on which device better suits your needs and budget. Rest assured, you’re not going to regret investing in any of the two.

Everything You Need to Know About ITIL 4 Practices 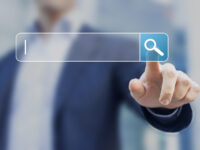 We know well that the 21st century is the era of advancement in life behaviours. We can’t deny…

Employee payments can get complicated if not properly managed, but it’s part and parcel of any business. No…