Whether you want to record any important college lecture or record the minutes of an important meeting at the workplace, recording the audio can be very helpful to you.

For recording the audio, the Voice Memos Application can be a great savior. It helps in recording any audio, which you want to save over your iPhone device.

So, if you want to record, play, share or do anything else to the audio in your iPhone or iPad device, the following step to step guide on how to use voice memos can help you a lot.

Let’s check them out.

How to Use Voice Memos App on iPhone and iPad?

For recording any audio, the voice memo apps are used.

The first step starts with launching the voice memos app, which you can see on your home screen.

Now, tap over the button of record, which is the big red circle.

Then you have to tap the white button, which is found over the tap seeing at the top to reveal the option of pause.

Now, you have to push the pause button for recording it wherein you have the option of hitting to resume button to get the recording over the same file.

That’s it, you ended up recording your voice over your iPhone/iPad using the voice memo.

Again, launch the said app over the home screen, which may be in your Utility folder (provided you have not moved the same).

Now, you need to tap over the voice memo play button and that’s it you end up playing the audio clip you have recorded using the app on your iPhone/iPad.

Like sending any other file via email or any other sharing app, you can share the recorded audio file to your friends and family using Voice Memos.

So, the first step remains the same, launch the app over the home screen and tap over the same audio file you want to share.

Now, tap over the button seen over the bottom found at the left side of the recording. These are usually the 3 horizontal dots that you need to click and then tap over the option of share to do the needful.

We know that audio files need trimming that can help in getting the right effect we want, which you can do using the Voice Memo app.

Renaming and Deleting the Audio

For renaming the audio, you can launch the app and tap over the option called rename. Now, tap the name you want for the audio file, which you would see in the blue highlighted form.

Enter the new name and as you tap outside the app you end up getting the new name. for deleting the recording, tap over the audio you are keen on deleting. You just have to tap over the delete button seen at the bottom right. It will straight away go to the trash.

It is very easy to use Voice Memos app on iPhone and iPad. Just follow the aforementioned steps and use the app the way you want.

Power BI Vs Tableau: Which One Is Better? 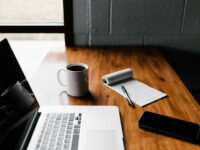 Online Educational Platforms for Students of all Levels

Table of Contents What are Some of the Best Virtual Learning Platforms?Benefits of Online Education PlatformsWhat Courses are… 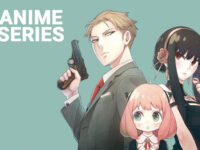