How To Edit Gaming Videos On PC – 8 Professional Editing Techniques

YouTube has been a game-changer for today’s world. It showed us that if you have something that people would like to see, you can earn money from it.

To that end, many video gamers have tried their hand at the same by recording their gameplay and posting them online. Such decisions have been proven to be quite fruitful for them.

Anybody who wishes to walk this path should know that it’s important to be familiar with the most effective techniques to improve their overall gaming experience broadcast and increase their chances of making it big someday.

The first thing required for making a gaming video is good equipment. The equipment can start from a basic microphone for recording commentary over gameplay.

As your channels grow and you decide to put in more content, you can also purchase a camera to record yourself playing the games to broadcast your reactions as well. Further down the line, a green screen can also be purchased to make your background relevant to the game.

If you begin earning or can gather the funds from some other source, the equipment you already have can be replaced by their better counterparts to improve the quality of the content that is recorded.

A prudent way to start creating gaming videos is by creating a schedule. The process involved in pushing out such a video involves many steps. The steps also get more complex as you progress further and can cause confusion.

Thus, it is a good idea to start by creating a timeline for all the processes involved. This will assist you in gaining an idea of your progress and will also push you to stick to your deadlines.

The techniques involved in this procedure require a lot of research and introspection. Do keep in mind that the timeline will also be affected by elements not directly related to the video.

A good video can only be produced by a worthy video editing software. The complexity of the software is directly dependent on the scale of the video and the effects that are to be used in it.

Simple videos that are comparatively short and will be viewed by a small audience can be created on software such as windows movie maker. Videos with a bigger length and audience should be built on more advanced software.

A good option would be to create an introduction video with a gaming intro maker, which can be found online. Such tools are very convenient for creating short gaming video intros that help ignite the interest of gaming enthusiasts.

The main content of your video is your video game. Hence, the fact that it needs to be recorded perfectly is of utmost importance. You need to make sure that no part is of a substandard grade.

Do thorough research on the best software for recording gameplay on the internet. Find the one that is compatible with your system.

Ensure that there is no drop in frame rate or video quality. Also, make sure that the recordings are done in 1080p for the best viewing experience.

Video making is a time-consuming process, and each second is precious. As you progress more and more, you also need to improve your efficiency to be able to produce the maximum output possible.

One way to increase efficiency is by installing components for your computer that increase its speed. You can install more RAM or SSDs that would increase speed and decrease the rendering time of videos.

You can also memorize the shortcut keys associated with the tools of your video editor. It would greatly increase the speed of your editing and finish the entire step a whole lot faster.

Apart from video, the thing that the viewers will be responding to is the audio. The audio can either be from the game, or from the player who is playing the game. It can also be the voice of someone who is reacting to the game.

The microphone should be such that it should not pick up a lot of stray noises. But it should also not mean that your voice becomes inaudible.

Audio can also be added later in the video in the form of sound effects. They can be used to enhance the overall experience and improve the reception of your video.

An often overlooked part of gaming videos is the various colors and hues that come into play. Research has shown that people respond better to videos with more vibrant colors and bright shades.

Therefore, it would be in your best interest to have shades that catch a viewer’s eye, in your videos. Many games such as Fortnite and Clash of Clans also use the same principle.

The thumbnails of your videos should also be made with the same concept in mind to gather the most clicks from the audience.

As you create more and more videos, it would be a great idea to keep on making backups as you go on. This can be done by copying your data to an external hard drive in regular intervals as you go about your work.

The reason for this is that a lot of times, the work done by a video creator gets corrupted. This can be due to various internal as well as external factors such as power loss, malware, improper ejection, and so on.

Creating a backup saves you from such harm in case something like this ever happens. On top of that, having an editable backup of your video allows you to easily alter them to create content for multiple social media sites as per your requirement.

Video games have come a long way since their inception, and video gamers have found ways to turn their passion into a full-time career.

Platforms like YouTube give gamers a platform to show off their skills to a large audience. The videos that have the potential of capturing the eye of the audience have a good chance of going viral and, ultimately, taking their creators to unprecedented heights.

How to See Deleted Reddit Posts and Comments [3 Tricks]?

This guide will help you to know how to see deleted Reddit posts and comments using removeddit, ceddit,… 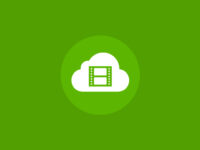 How to Install and Use 4K YouTube Video Downloader?

How to Add Subtitles to Instagram (Stories, IGTV) Videos for Free?

No longer want to use Turbotax and looking for ways to delete turbotax account? No worries, here is…