How to Set Up Google Assistant on Xbox One?

Now, X-Box One Can Be Controlled With Google Assistant

On November 15, Microsoft announced a big Xbox One update that brings Xbox Action to support Google Assistant. With Xbox Action, you can now command your console with your voice. You can do many things like turn on and off your console, launch games, apps, youtube, play and pause videos, etc.

Although, Microsoft was testing this voice feature back in September as beta which is now fully available in almost all Google Assistant supported countries.

With the integration of this new feature, you can now control your Xbox One device either with home enabled smart speakers (devices) or using Google Assistant iOs and Android apps.

In this guide, we will let you know how to set up Google Assistant on Xbox One to enable voice command control system.

How to Configure or Use Google Assistant on Xbox One?

I am sure; you are super excited to try this new voice feature on your Xbox device. Aren’t you? Of course you are….

No problem, here are steps you need to follow to set up Google Assistant on Xbox One…

Login to your Xbox one console device you want to control with your voice.

Now, you need to enable Xbox Action on Google Home or Assistant Mobile App you are using.

You will be asked to login with the Microsoft account, use the same Microsoft login details you used for your console.

Your console and Google Assistant device will be automatically linked.

Besides it, you can try below simple way to enable Google assistant on your Xbox device –

Once you get done with the Google Assistant set up process on Xbox one, now it’s time to test it….

If you are willing to use Google assistant devices with more than one Xbox, then you need to change device name accordingly. By default, the name of the console device is “Xbox” which you can change anytime as per your requirement.

Once you set up the device name, you can perform many things using commands like below –

Hope you find this brief guide on “How to Set Up Google Assistant on Xbox One” helpful. If yes, then don’t forget to share with other Xbox users so that they can also enhance their Xbox one experience with this new voice feature.

How Can Ai Be Used In Online Gambling

Can We Use Ai In Software Testing?

Need A Cryptocurrency Hardware Wallet? Tips To Help You Choose

The Easiest Way to Write an Invoice Email 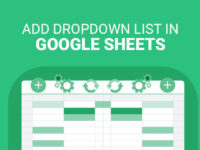 How to Add Drop Down List in Google Sheets: An Ultimate Guide

How to Screenshot on HP Laptop and Tablet?

There are multiple ways to take screenshot on HP laptop, desktop computer, and tablet. However, capturing a screen…

Delete Wattpad Account Permanently No longer want to use your Wattpad account? No problem, you can quickly close…

How to Refresh Outlook Desktop and Web Based Account?

Here you will learn how to refresh Outlook using desktop app or web-based email account at outlook.com. If…