Mean Stack Vs Full Stack Development: Get the Actual Difference

Specifically, a graphical user interface is included in the front end of the web application that allows the users to experience see and also interact.

On the other hand, an application, a server, as well as a database, is included in the backend of the web application. It is necessary for an enterprise to deploy some of the frontend web developers in order to make the user-facing side of the website both interactive as well as appealing.

Also, in a similar manner, it specifically desires to deploy skilled backend web developers in order to power as well as a driver the user-facing side of the website by maintaining and leveraging the backend components.

The specific term full stack is not considered to be an acronym of any of the web frameworks or web technologies.

On the other hand, MEAN stack is mainly considered to be the acronym of the four core components such as Express.js, MongoDB, NodeJS as well as AngularJS.

MongoDB is a widely used non-relational database which possesses the specific ability to facilitate cloud-based deployment as well as handle large volumes of data.

AngularJS is again a strong frontend framework that helps to enable the developers to express several website components by the extension of the HTML syntax.

Even, it plays a great role to simplify the development of complex as well as large web applications by supporting two-way data binding as well as MVC or model view controller pattern.

NodeJS is also an important cross-platform runtime environment which preferably enables the programmers for running the code of JavaScript on the web server. Thus, it becomes very much easy for the programmers to specifically write server-side code in the JavaScript.

By supporting asynchronous programming as well as featuring a non-blocking I/O model, the NodeJs is involved in optimizing the execution speed of the JavaScript code. Nowadays, many of the web developers prefer the NodeJs to some of the conventional server site frameworks as well as programming languages.

Express.js is considered to be a minimalist as well as server-side web structure which is completely based on the NodeJs and so, it comes with several features which help in simplifying the server-side web development.

Technologies Which Are Mainly Considered To Be Client Side

Nowadays, the majority of the web developers are involved in adopting web design (responsive) which helps to make the particular website preferably look good on mobile phones as well as computers with a single code base.

So, there are a lot of developers who choose progressive web apps in order to bridge the gap present amid the native mobile apps as well as mobile websites.

Also, most of the developers are required to build some of the best web user interfaces with the help of CSS3, HTML5, and JavaScript for both progressive web apps and also responsive web design.

The MEAN stack is involved in even accelerating the frontend development. This is done by allowing the developers in order to take advantage of an extensively used frontend framework such as AngularJS.

Technologies Which Are Mainly Considered To Be Server Side

The NodeJs is preferably involved in enabling most of the programmers to make use of the JavaScript as a kind of programming language which is considered to be server-side.

So, in order to fully simplifying the stack web development, the developers these days usually opt for the MEAN stack.

This is again done with the help of writing both server sides as well as client-side code in the JavaScript. By availing Express.js, they can even accelerate server-side development.

On the other hand, the full stack is involved in enabling the programmers to take benefit of many strong programming languages which are considered to be server-side such as Python, PHP, Java, Ruby, and also C#.

In this way, it is preferably evident from the above section that both mean stack, as well as full stack, are proved to be equally important. But, there is a presence of some notable differences between then such as databases, web frameworks, server-side technologies, client-side technologies, core components, etc.

How the Development of Technology Changed Casinos

4 Signs Your Managed IT Service Provider is Overcharging You

Tips For Understanding The Basic Of Electronic Data Interchange

How to Make Your Smart Watch Battery Last Longer

How to Start Selling Online with Woocommerce

Best Devices for Listening to Music 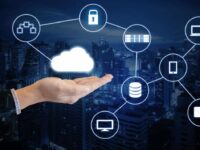 4 Signs Your Managed IT Service Provider is Overcharging You

Hiring a service provider or partner for your organization requires careful consideration. When it comes to information technology,…

Tablet Vs 2 in 1 Laptop: Know Which is Better for You

In today’s fast-moving world, everyone is always on the go, be it for work or daily life things.…