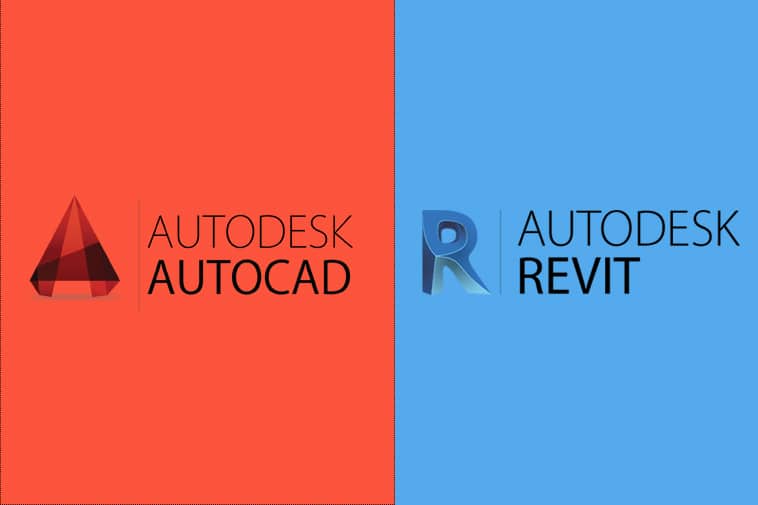 Autodesk is one of the most popular multinational software company, known for its wide range of software for education, architecture, engineering, manufacturing, entertainment, media, construction and what not.

And in this article, we will be discussing two of their flagship product, AutoCAD and Revit. We’ll go over all the aspects of both the software, such as descriptions, uses, and differences.

We’ll also suggest some of the best laptops for AutoCAD and Revit.

Let us begin by getting to know more about AutoCAD and Revit.

AutoCAD is a computer-aided design software launched in December 1982 under the brand Autodesk by John Walker and his team.

It is a Computer-aided design program used for designing and drawing purposes. Since its launch, AutoCAD has become the industry standard because of its wide range of features, and it’s constantly updating infrastructure.

Even after 39 years of being launched, AutoCAD still manages to be the go-to program for designers and illustrators.

It is mainly used to create and design realistic visualisations and models of real-world buildings and structures. It was initially developed and launched in October 1997 by Charles River Software, founded by Irwin Jungries and Leonid Raiz.

In January 2000, the company changed its name to Revit Technology Corporation, and in the year 2002, it was acquired by Autodesk for US$133 million.

Since then, it has become the industry standard in the Building Information Modelling or BIM software market.

Lets Understand the Uses of Each

Before discussing what both the software is used for, we need first to understand the terms CAD and BIM.

Computer-Aided Design or CAD uses computers for creating, modifying and analysing or optimising a design. Unlike the traditional hand-drawn approach, it is more convenient and efficient.

Building Information Modelling or BIM is the process of planning, designing, analysing and modifying real-world structures and buildings using a 3D model. It uses the features of the traditional CAD programs along with 3D technology.

AutoCAD is a Computer-Aided Design software used in animation, architecture, fashion and jewellery design, media, entertainment, education, and many more for drawing and designing purposes.

Though it comes with both 2D and 3D support, Autodesk is mainly used for its 2D tools to create designs and blueprints.

AutoCAD not only makes the process less time consuming compared to the traditional hand-drawn approach but makes it more accurate, removing human errors.

Not only that it also gives all the personnel associated with the project to collaborate simultaneously during the process, something which wasn’t possible in hand-drawn models.

On the other hand, Revit takes all the essential features provided by a CAD program and combines it with 3D and 4D technology, making them more effective.

Revit is mainly used in the designing process of engineering, architecture and construction industry. It allows the user to extract 2D designs from 3D models.

The three principle use of Revit is in Mechanical Electrical Plumbing or M.E.P., structure and architecture.

Before Revit, all three of these had to be worked upon three different platforms making the process complicated and tiresome.

Not only that, using the 4D technology of Revit, architects and designers can now analyse the whole lifecycle of the building.

In simple words, everyone related to the project, i.e. the architect, contractor, client, and designer, can visualise the project’s whole process. It helps them sequence the task into steps, analyse, report and monitor each step, and mitigate the risks if any arises during the process.

AutoCAD is supported on both the Windows and Mac operating systems. Revit is not directly available for Mac-based systems and can only be run in virtualised environments like VMware Fusion and Parallels Desktop.

Here are some of the laptops you can buy for AutoCAD –

All the laptops mentioned above for AutoCAD are also suitable for Revit to run smoothly.

From a drawing approach, you can imagine AutoCAD to be a drawing paper on which you can draw 2D designs of your project’s elements. On the other hand, Autodesk Revit considers the 3D model to be as close and real as a real-world structure.

In AutoCAD, the primary focus is on the ongoing project’s components, whereas Revit emphasises the entire project as a whole. This makes the project indivisible and gives architects an advantage.

Making modifications in AutoCAD is more time-consuming as you need to make the changes on several pages one at a time. On the other hand, it is opposite of Revit. Revit allows you to modify a single potion and automatically changes the whole project based on the new information.

AutoCAD can run on both Windows and Mac operating systems whereas Revit is currently available for Windows only (as virtual environments like VMware, etc. are not up to the mark of the original program)

AutoCAD comes with both web and Android app support. So, you can continue working on the go. But Revit can only be used after installing the software on a computer or laptop.

Autocad lets you draw your project elements using 2D lines, whereas Revit offers you the option to create 3D models based on real-world information.

AutoCAD is popular for its professional documentation and drafting tools, while Revit is known for its intelligent 3D model designing tools.

AutoCAD is more flexible than the Revit due to its mesh, surface and solid command support.

AutoCAD has a linear approach, whereas Revit is based on a streamlined repetitive drafting approach.

The subscription plans of Revit are costlier than the AutoCAD plans.

We hope you have a clearer idea of the differences between AutoCAD and Revit by reading this article.

Though they have their differences, both the software is essential in designing and development projects. So based on your requirements, you can easily choose to learn one or both of them.

I am the sole founder of this technology blog where I write and share information about different tech tricks, hacks, and gadget reviews. Through this blog, I have tried to turn my passion for technology into a way to help people fix their gadget glitches.

Tech Trick News is a participant in the Amazon Services LLC Associates Program. This is an affiliate program which means we earn fees by advertising and linking to Amazon.com. However, this will not increase the prices you pay for products.