Integrating a solid, nonporous, and secure perimeter is a fundamental goal of administrators and network engineers. Popular technologies such as intrusion prevention systems (IPS) and firewalls secure data from threats and attacks. However, highly skilled hackers still navigate their way around the perimeter security to access and cause significant damage to internal networks.

Companies that use Software-Defined Perimeter (SDP) make their network infrastructure unseeable to outsiders. SDP is a next-generation VPN that conceals internet-connected infrastructure (routers, servers, etc.) from intruders and can either be hosted in the cloud or on-premise.

Virtual Private Networks (VPN) have been helpful for many decades for businesses to establish encrypted, remote data movement patterns and secure network infrastructure. However, as cyberattacks thicken and become more sophisticated, traditional VPNs have not been able to rise to the challenge of securing enterprise networks entirely.

Implementing VPN with Software-Defined Perimeter and Zero Trust model adds additional layers of security to the network for a user and device authentication and verification.

As a concept, it is a product of the United States’ Defense Information Systems Agency (DISA) efforts in the Global Information Grid 2007 project; SDP was developed as cloud-native security to control access to assets based on Zero Trust architecture.

Software-Defined Perimeter (SDP) is a cybersecurity strategy that provides flexible security features to help prevent the porosity of popular network security solutions like VPNs. It is alternatively known as a “black cloud” as it makes enterprise resources invisible to external parties.

Its inventors praise SDP for mitigating prevalent network-based attacks, including man-in-the-middle, SQL injection, pass-the-ticket, pass-the-hash, application, operating system vulnerability exploits, and other diverse forms of attacks. It is specifically designed to harness components that have proven to be effective in providing layers of security to existing systems in an organization. Some features include remote attestation, data encryption, mutual transport layer security, Security Assertion Markup Language (SAML), and X.509 certificates.

Zero Trust has been a well-recognized security framework for quite some time, and it is the same principle upon which SDP is based.

VPNs are cybersecurity services that offer security for internet connection by creating encrypted tunnels for data use and disguising a user’s identity by concealing their device’s IP address, and offering safe public Wi-Fi use.

Over two decades ago, VPNs were a wave of new cybersecurity technology for companies and their employees to work securely, whether on-site or remotely. The technology authenticates external users and allows them to access the network via a secure tunnel. And once access has been gained, they can use resources on the network.

VPNs were built on the premise of an enterprise perimeter, secured ostensibly with perimeter security devices such as firewalls and IPS/IDS. With a VPN, remote employees can tunnel into accessing enterprise assets. However, the data traffic on VPNs is often encrypted and is often regarded as latent and lagging compared to modern security requirements. Besides, integrating a VPN network into an organization’s architecture usually requires a tedious process, and there is a lot of overhead from users and IT teams as VPNs demand setting up a client on the potential users’ devices.

Organizations are often confronted with some challenges while trying to establish a connection using traditional VPN solutions, and these include:

• Vulnerability Exploitation: Due to the recent highly sophisticated attacks, there have been a wide array of reports of countless vulnerabilities and zero-day exploits. In fact, VPNs are misconfigured mostly when integrated with other technologies.

• Lack of Endpoint Security Posture Assessment: Devices that try to connect to a VPN are often not assessed for endpoint compliance. For instance, the device could belong to an employee who can also prove their identity. Still, it could be vulnerable due to out-of-date operating systems or an endpoint affected by malware. Furthermore, the device could also be compromised in the middle of a connection.

• No Least Access Privilege: VPNs’ effectiveness is mainly determined by IP addresses and offers remote users a local address that makes them appear as though they were physically present in an organization to access any resource on the network. But this access often becomes excessively broad as resources that are not directly applicable to a user are also accessible, making them increasingly vulnerable to attacks.

For instance, an employee at the front desk doesn’t need visibility to resources at the financial accounting systems. Therefore, it is irrelevant and also exposes such resources to increased risks.

• Porous Authentication Mechanism: VPNs typically implement authentication processes by validating domain usernames and passwords. Remote-access users are expected to receive multi-factor authentication whenever they need to access resources. However, a risky aspect is that traditional VPNs often do not facilitate adaptive authentication.

For instance, a situation where a user is recognized but their device is not, and the geo-IP location was not formally profiled should have blocked device access from establishing a connection. Such could signal compromised credentials, except their identity can be proven by answering crucial security questions.

To resolve the vulnerabilities of traditional VPNs, a modern approach must be implemented. These should include:

Strategy to Manage Patches and Vulnerabilities: SDP places an infrastructure maintenance burden on the service provider to ensure that loopholes are fixed or patched instantly. With technologies such as IAM, SIEM, UEBA, and SOAR, the system can be configured by using APIs as an overlay technology. And access policies being conducted over the user and device identity, IT teams, managers, and administrators can be accurate in granting access across platforms and devices.

Risk Assessment: One of the significant differences between traditional VPNs and the SDP-based Zero Trust network is that it considers contextual risks while assessing access requests.

User and Device Identity-Centric Approach: Unlike traditional VPNs, SDP grants lead privilege access based on permissions universally implemented by an enterprise policy. SDP digresses from the network-focus approach of VPNs and narrows down on segmented resources. It creates a private, individual, and isolated tunnel between individual users and applications and makes firewall configuration policies unnecessary.

Find out more about how Software Defined Perimeters and Zero Trust approaches could revolutionize your security setup to help your organization dwarf current forms of cyberthreats here: go url 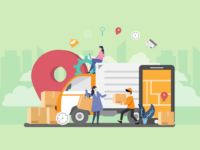 In the world of freight, nothing is more important than a well-functioning truckload (LTL) software system. LTL software… 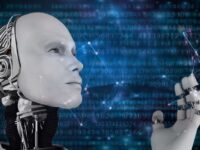 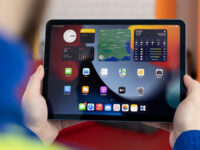 Are you an iPad user? If so, then you’ll want to know about these iPad tricks in 2023.…

Gambling is one of the oldest pastimes in history, but with the advent of artificial intelligence, it’s never…